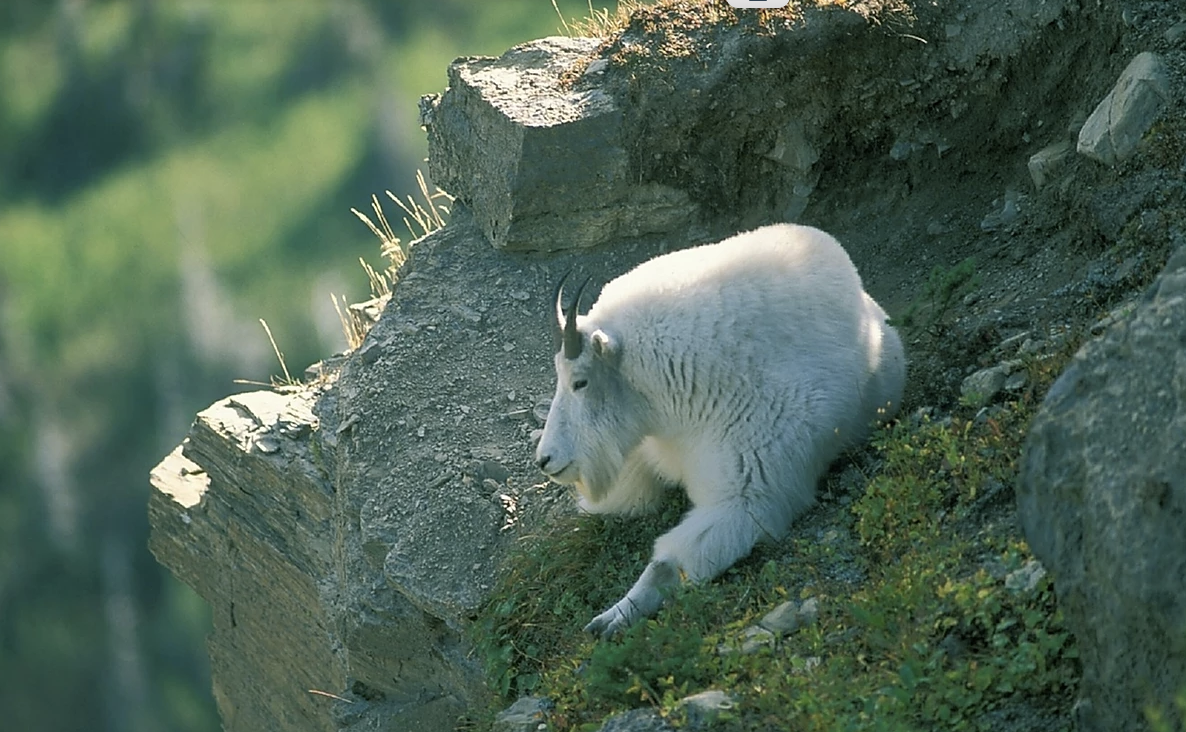 British Columbia is home to over half of North America's current goat population. According to recent estimates, the number of Mountain Goats in North America has varied from about 75,000 to 100,000. This number includes 14,000 to 15,000 in the western states, 10,000 to 25,000 in Alaska, about 50,000 in British Columbia, and small numbers in Alberta, Yukon, and Mackenzie Territory. This puts B.C. at the top when it comes to trophy class goat hunts.

Our hunting concession sits amongst the finest trophy producing units in B.C., having an abundance of goats with large bases and great length. The diverse ecosystem in the northern coastal region our area lays amongst provides the perfect mix of habitat and feed, allowing us to properly manage a healthy and stable population of mature billies for a very limited number of clients each season. This gives our clients a better chance of harvesting a record book trophy.

Goat hunting in general requires one to be in good shape and ready to hike through steep and rough terrain. Our area has the best of both worlds. This Allows us to provide a hunt in areas that require the most fit of clientele looking to pursue a true challenge; as well we have the ability to cater to clients wanting a quality hunt that’s less physically demanding. All of our goat hunts require the use of a pickup and ATV to access parts of our goat area. From there a hike into goat country is required. Depending on the area we choose to hunt you can expect to be in anything from a wall tent to a 2 man tent fully stocked with freeze dried food for the duration of your hunt.

You can expect to be seeing mountain goats nearly every day depending on the weather, some days seeing in excess of 10+ goats. This hunt is the perfect choice for a hunter pursuing a 9 in+ billy with large bases and a chance to harvest a B&C goat. Hunters wishing to avoid conflict with weather should choose the early August hunt while hunters wanting longer hair will need to come in late August or September into October.

When travelling here your destination is Smithers, British Columbia. A member of our team will pick you up at Smithers airport upon your arrival, and from there you will head straight to camp. We handle all transportation to and from Smithers. The hunting area and camp is approximately 40 minutes southwest of the airport.

All goat hunts are 9 full hunting days. Dates listed above are the actual hunting days. Clients can expect to arrive the day before and depart the day after the final hunting day. All mountain goat hunts have a packer/assistant guide included at no extra cost to the client.